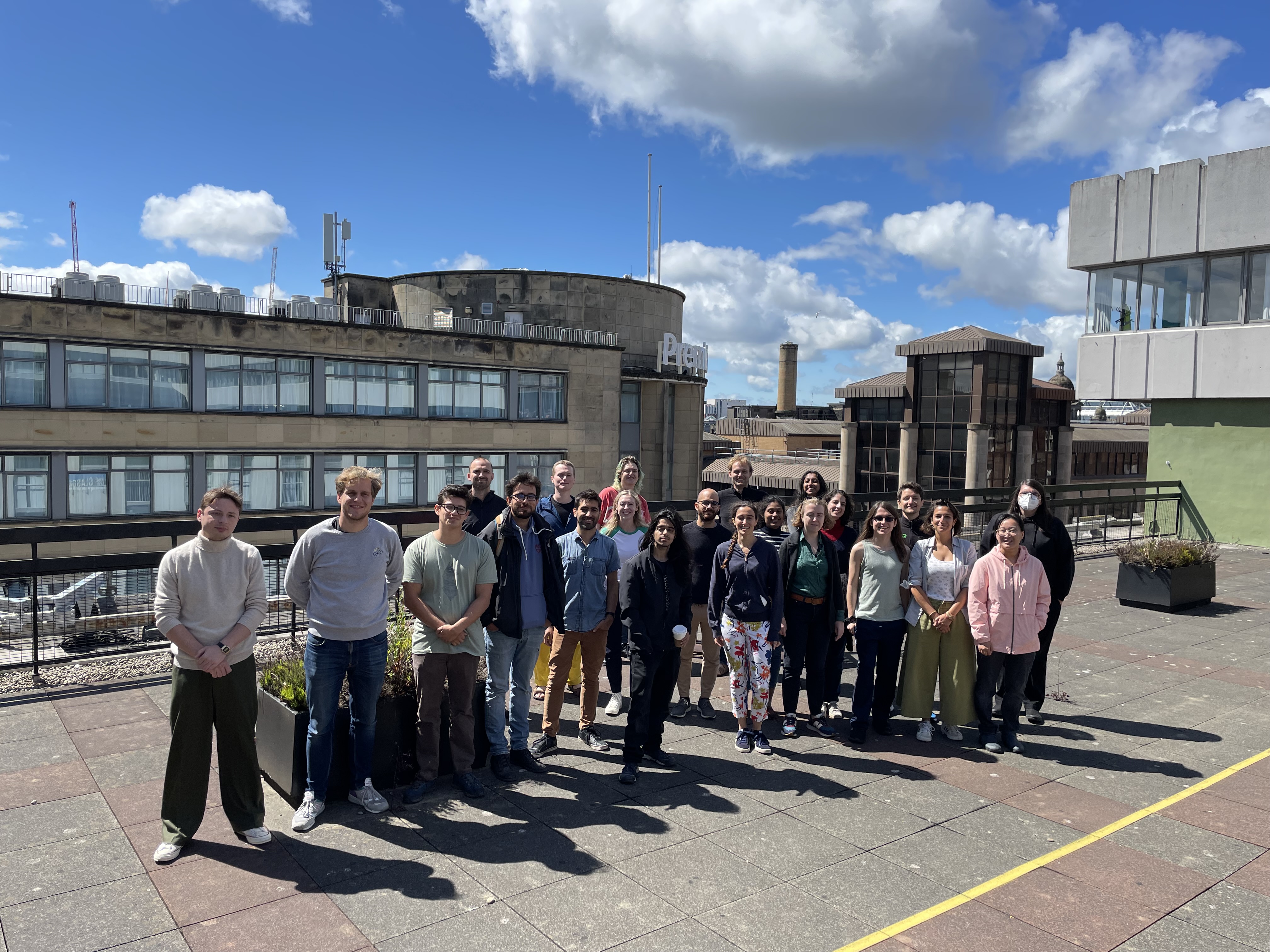 Thermodynamics is the study of the relationships between heat, energy, work, and matter. In category theory, we model flows in physical systems using string diagrams, allowing us to formalize physical axioms as diagrammatic equations. The goal of this project is to establish such a compositional framework for thermodynamical networks. A first goal will be to formalize the laws of thermodynamics in categorical terms. Depending on the background and interest of the participants, further topics may include the Carnot and Otto engines, more realistic modeling for real-world systems, and software implementation within the AlgebraicJulia library.

When working in type theory (or most logics), one is interested in proving propositions by constructing witnesses to their incontrovertible truth. In the real world, however, we can often only hope to understand how likely something is to be true, and we look for evidence that something is true. For example, when a doctor is trying to determine if a patient has a certain condition, they might ask certain questions and perform certain tests, each of which constitutes a piece of evidence that the patient does or does not have that condition. This suggests that a fuzzy version of type theory might be appropriate for capturing and analyzing real-world situations. In this project, we will explore the space of fuzzy type theories which can be used to reason about the fuzzy propositions of disease and similar dynamics.

A Compositional Theory of Timed and Probabilistic Processes: CospanSpan(Graph)

Span(Graph), introduced by Katis, Sabadini and Walters as a categorical algebra for automata with interfaces, provides, in a very intuitive way, a compositional description of hierarchical networks of interacting components with fixed topology. The algebra also provides a calculus of connectors, with an elegant description of signal broadcasting. In particular, the operations of "parallel with communication" (that allows components to evolve simultaneously, like connected gears), and "non-sequential feedback" (not considered in Kleene’s algebra for classical automata) are fundamental in modelling complex distributed systems such as biological systems. Similarly, the dual algebra Cospan(Graph) allows us to compose systems sequentially. Hence, the combined algebra CospanSpan(Graph), which extends Kleene’s algebra for classical automata, is a general algebra for reconfigurable networks of interacting components. Still, some very interesting aspects and possible applications of this model deserve a better understanding:

Algebraic Structures in Logic and Relations

Fox's theorem provides a bridge between structures defined by universal properties (products in a category) and structures specified by algebraic means (comonoids in a symmetric monoidal category). Such a theorem has recently received a renewed interest as the algebraic structures allows for reasoning in terms of string diagrams. While the universal properties underlying logical theories have been extensively studied in categorical logic, their algebraic counterparts have been the objects of fewer investigations. This raises a natural question: can we capture the universal content of logical theories algebraically? In other words, what are the “Fox theorems” for logic? In this project, we attempt to answer to this question by taking as starting point Cartesian bicategories which serves as algebraic setting for regular logic.